Since I came back from Italy, I’ve been reforming my band (!) and preparing to record an album, which I am going to do in early June, on a reel-to-reel machine that I recently bought with my pals Dan and Liam, the other two-thirds of The Ninetree Stumblers. It is a 2 track reel-to-reel with an illustrious history, having been used in the Mancunian studios where Dangermouse and Count Duckula were once made. So, a lot to live up to.

It’s great having a band again. At the moment, we are Double Bass (Rory McCleod-Smith), Drums (Gary Rendle) Violin (Anna Kissell) and Sousaphone (Tom Fox). I love these folks, they are excellent humans and great fun to play with.

I have a few shows coming up. The first is a solo slot on 12th May at Yurt Lush, next to Temple Meads station, in Bristol. Then there will be a house concert on the 15th May, also in Bristol.

Next, I’ll be performing a mini-set at the Orkney fundraiser night on the 21st May at the Old Malt House. This is going to be really fun, with lots of performers, and Dila Vardar and the Oddbeats headlining (wonderful Turkish-delight flavoured band). I’ll also be doing my VERY FIRST DJ set on the night! In preparation, I’ve been rummaging around on the internet finding some great old tunes from Trinidad, Jamaica, Nigeria, South Africa and the Congo. Come please, and bring your pals. It all goes to support the marvellous magical DIY solstice gathering in Orkney that a group of us are helping to arrange. 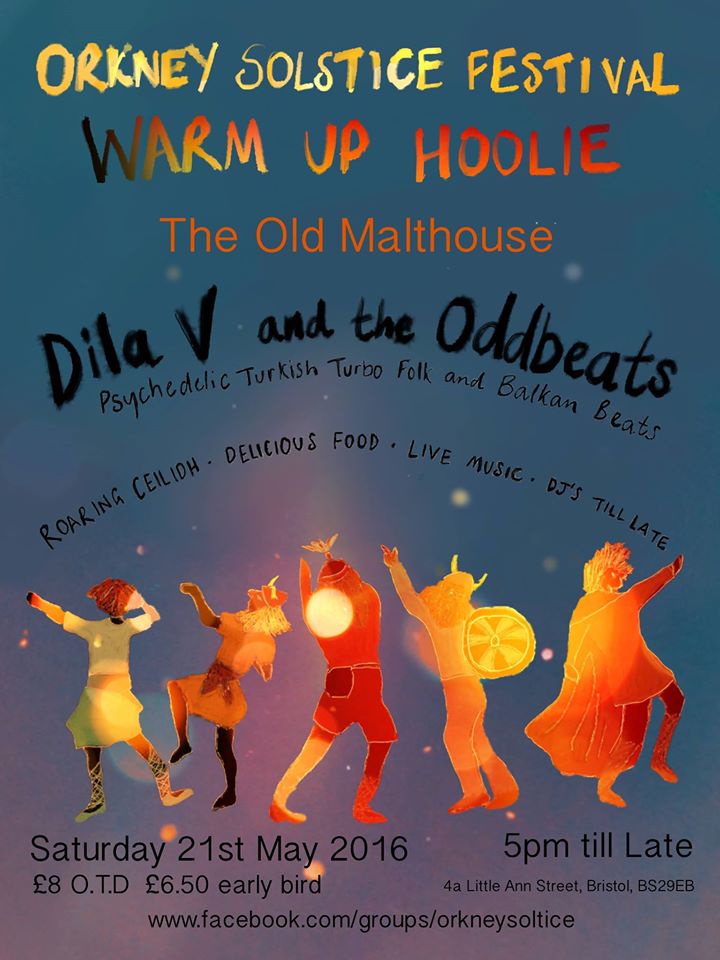 You can keep up with other upcoming shows of mine here. I also recently went on the radio to talk to Nuala Honan of the World is Listening about my music. You can listen to this here by finding the entry that says 12.00 12/04/2016.

I have been so busy that I haven’t been doing much song-making lately but I did recently do a fun piece of writing for the website This Place I Found. The idea is that you go to a place, write about it without judging it, and then submit it to the site with a snap. It’s really fun. Do it!